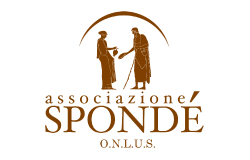 The Association generally proposes to spread a culture of peace, strengthen civic culture standards, contribute to the containment of social alarm through actions in the context of general and special prevention, taking action in the sense of seeking a peaceful solution to conflicts, the conciliation of family and social conflicts.

In particular, within the scope of its statutory purposes, it deals with detainees and ex-prisoners, subject to alternative measures and admitted to the MAP, and aims, in line with European directives on the matter, to spread restorative justice and the protection of victims of crime and, more generally, of anyone who feels victimized. In this regard, the following are mentioned among the various institutional purposes:

Plan and implement initiatives in favor of the victims, as defined by the international directives and by the Italian legislation, establishing support services for the victims of any race and religion;
Carry out awareness campaigns in the field of social solidarity for people in a state of vulnerability and for actions attributable to restorative justice, reconciliation, mediation and more generally to what creates social distress;
Carry out awareness-raising initiatives on restorative justice, criminal mediation and the penitentiary system in order to improve the condition and life of people in a state of social distress, with implications for the whole community.