In February 2017 VSE was asked by the European Institute of Public Administration (EIPA) to join them in an effort to bid for a contract to provide a report to the LIBE Committee of the European Parliament on the needs of victims of terrorism. Following a successful bid, VSE won the contract and authored a report: How can the EU and the Member States better help victims of terrorism?

The study was based on the research conducted on legislation and policy responses to the needs of victims of terrorism in Belgium, France, Germany, Hungary, Spain and the United Kingdom. Focusing on the two main EU instruments in this field: the Victims’ Rights Directive and the Directive on Combating Terrorism, the study proposed a set of recommendations for the EU and the Member States legislative and policy response to better ensure the needs of victims of terrorism are well taken care of.

In the delivery of this important piece of research, we cooperated with our members: France Victimes, SAM, Weisser Ring, A.N.V.D.V. and Victim Support England and Wales. 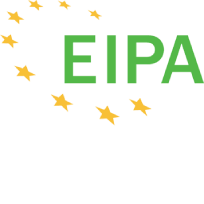 DISCLAIMER: The contents of this publication are the sole responsibility of Victim Support Europe and do not necessarily reflect the opinion of the European Union.