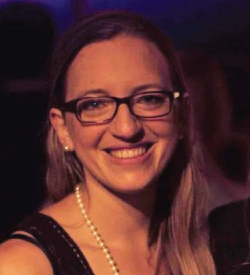 An Verelst is a clinical psychologist, researcher, victim specialist, and project manager. An worked as a trauma psychologist in war-affected regions in Northern Uganda and Eastern Congo. In Eastern Congo she managed a victim support NGO and carried out a large scale quantitative and qualitative study on the psychosocial consequences of sexual violence during and after the armed conflict. During this research project she acquired the necessary skills to carry out qualitative and trauma-sensitive interviews and participatory action research with vulnerable victims.

From 2015 until 2018, she worked as policy officer and Deputy director of Victim Support Europe, among others on the issue of Compensation for victims of violent crime. She carried out desk research, developed surveys and carried out interviews with victim support organisations and national compensation authorities on compensation of victims with a particular focus on cross-border victimisation. Currently, An works as a coordinator of the RefugeesWellSchool project for Ghent University and volunteers at V-Europe and Victim Support Europe. As a volunteer she works on improving support and compensation for victims of terrorism in Belgium, Europe and internationally, with governmental and non-governmental stakeholders.