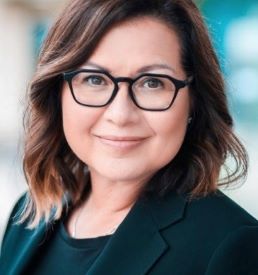 Gerlinde grew up in a bi-national family. She has lived and worked abroad most of her life including Vietnam, Cambodia, Thailand, Singapore, Hong Kong, Philippines, Indonesia, Portugal, Switzerland, United Kingdom, Saudi Arabia and USA before returning to Germany in 2020.

She lived in London from 2013 to 2020. During this time, she obtained her accreditation as an Independent Domestic Violence Advisor from SafeLives. She has worked for Refuge and Victim Support London in various roles including as a Police IDVA, Specialist Outreach Worker and Enhanced Service Delivery Manager. In London, she was a member of MARAC (Multi Agency Risk Assessment Conference) and of the MIRT (Major Incident Response Team) upon completion of her training in Building Resilience – a pilot project for victims of Terrorists Acts 2005 by the European Commission and National Counter Terrorism training: ACT (Action Counters Terrorism).

The nature of her work was to support men and women with a range of complex needs and those who were identified as “High Risk”. Her expertise lies in the fields of providing advocacy services to victims of domestic abuse, sexual violence, forced marriages, honour-based violence, human trafficking, stalking and terrorist attacks. She also advocated at the Family, Magistrate and Crown courts and liaised with both statutory and voluntary agencies.

In 2009, Gerlinde has completed a solo pilgrimage of 572 km across South Korea. In her free time, Gerlinde is an engaged Volunteer. She has supported Women’s Space, Women in Prison, Paladin National Stalking Advocacy Service, VS London and The Korean Information Centre. Since 2021, she volunteers with VSE and Heimwegtelefon. Currently Gerlinde is studying to become an accredited Psychosocial Support in criminal proceedings and Specialist for Psychotraumatology in Germany.