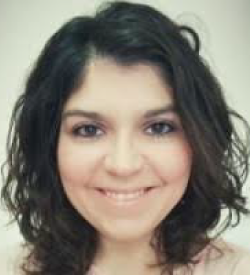 Inês joined VSE in 2019 as a project officer. She started her research in human rights during her law studies, where she specialised in victims’ rights for her Criminal Law Master.

She has extensive first-hand experience at the Portuguese Victim Support Association, where she worked for many years as a Victim Support Officer, and later as Office Manager providing legal and overall support to victims of crime. She worked with Portuguese NGOs and alongside universities as a researcher on sexual crimes and violence against children in the criminal justice system, including children victims of crimes, corporal punishment and domestic violence.

She also advocated and engaged in policy development concerning human rights in multiple projects co-funded by the European Commission, working both at the international and national levels. In one of these projects, the HandsUP project, she co-developed, amongst partners from four European countries, actions plan that aimed the abolishment of corporal punishment against children. Inês has also participated in a bilateral cooperation between a Greek organisation and a Portuguese confederation in a project built to develop the reception and local integration of unaccompanied minors.