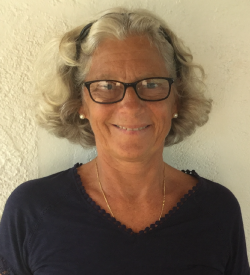 Pamela Dalby is a global nomad and has lived, worked, and travelled in some 60 countries in Africa, Asia, Europe, and the Middle East. With a background in customer service administration, Pam has been involved with education and training for over 20 years. She started teaching English as a second language to students in 1995, having moved from Scotland to Micronesia where she was recruited by the Community College of Micronesia. Pam and family then moved to Warsaw where, as leader of the International Women’s Group, she honed her networking skills. Her next move was to Brussels in 2002 where she returned to English teaching with the Vrije Universiteit Brussel. In addition, she mentored PhD students as well as providing a series of annual communication-based seminars: writing, presentations, public speaking, etc.

Pam was head-hunted by Boston University’s Brussels-based program in 2008, on the basis of her networking experience. She worked for the BU graduate program till the end of 2013 and was involved in recruiting students as well as providing seminars and workshops across Europe and the Middle East. Since returning to Scotland in early 2014, Pam currently works as a part-time exam invigilator for the University of the Highlands & Islands, as an ad hoc consultant for CNG Services Ltd. and is part-time program manager for Boston University’s Study Abroad Brussels (summer) program. In addition, Pam now volunteers with VSE as a proof-reader in her spare time.