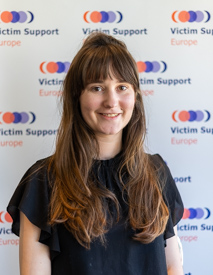 Solène joined VSE in August 2020. She first obtained a Bachelor’s degree in Law and European Studies at Nantes University, during which her interest in human rights led her to organise and host a radio programme on women’s rights in Turkey. She later decided to pursue a Master’s degree in International Security and Defence, as well as a University Diploma in International Humanitarian Law. After graduating, she joined Finabel – the European Army Interoperability Centre as a European Security and Defence Researcher in Brussels, then integrated the European Parliament as a Schuman Trainee, where she supported the work of the Security and Defence Committee.