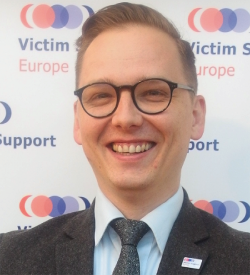 The Hungarian state organisation for victim support became an associate member of VSE during his leadership. Also, Hungary was among the first to transpose the regulations of the 2012 Victim Support Directive in 2015.

After leaving public service, he started his own legal practice in Győr in western Hungary and became a member of Fehér Gyűrű Közhasznú Egyesület/White Ring Association, the longest standing victim support organisation in the country. He has university degree in law from Budapest (MA) and from Dundee (BA).