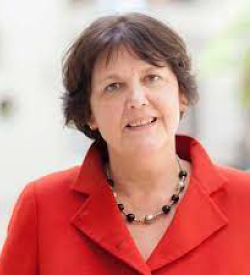 Rosa Jansen studied Dutch law at Leiden University with a major in business law. She also followed a MPA (Master of Public administration) – study at the Dutch School of Public Administration in The Hague, The Netherlands and at the Simon Fraser University in Vancouver, Canada. After starting her career at the Dutch Broadcasting Union in Hilversum, she was appointed as judicial trainee. She
worked later as lawyer in Amsterdam and as a judge /vice-president in the courts of Arnhem, The Hague, Amsterdam and Utrecht, respectively civil court, administrative court, family court and criminal court. From 2002 to 2008 she was president of the criminal division and board member in the rank of coordinating vice-president and acting president in the court in Utrecht.

From 2008 till 2017 she has been appointed as President of the Board of Directors of SSR, the Dutch Training Institute for the Judiciary in Utrecht.

Rosa Jansen also operated internationally. She was between 2012 -2017 president of the Steering Committee of the European Judicial Training Network (EJTN) in Brussels. Also she was involved in the development of the rule of law in several European countries, including Indonesia, Mongolia and Morocco.

Rosa Jansen has several publications on her name in the field of the judiciary, innovation, leadership and criminal law.
Between 2015 and 2017 she was appointed as president of the Dutch Association for the Judiciary.