By Marina KazakovaFebruary 22, 2021News from members
No Comments

Victim Support NI held their annual conference during Sexual Abuse and Sexual Violence Awareness Week 1-7 February.  This year, they teamed up with Nexus, an NI based charity which supports victims of sexual abuse and violence, to deliver an online conference event over 2 mornings.  The first day of the conference on 2nd February was opened by the NI Assembly Minister for Health, Robin Swann, and featured a line up of speakers including the NI Mental Health Champion Professor Siobhan O’Neill, psychologist Nina Burrowes, trauma recovery specialist Elaine Miller-Karas, and a survivor story from Holly Perreault.  The line-up of speakers for the 3rd February featured the NI Assembly Minister for Justice Naomi Long, a survivor story from author and activist Winnie M Li, Image Based Sexual Abuse activist Megan Sims, a panel discussion on supporting victims through a global pandemic, and the reveal of the results of Victim Support NI’s Court Observer research project.

The conference was a great success and was fully booked each day with 500 delegates.

Victim Support NI is also excited to announce that they will soon introduce Northern Ireland’s first Sexual Offence Legal Advisors (SOLAs), who will advocate legally for victims of sexual offences in the run up to trials.  The introduction of these advisors was a recommendation of the Gillen Review so we are pleased that this service will now be available to victims within the NI criminal justice system.

Another recommendation of the Gillen review has also recently come to fruition with the opening of two new Remote Evidence Centres.  These are managed by Victim Support NI and will allow vulnerable witnesses to deliver their evidence from a safe space outside of the courtroom.

Finally, our plans for Victims of Crime Day this year include the launch of a new Victim Blaming Art Project ‘Stop Victim Blaming’. 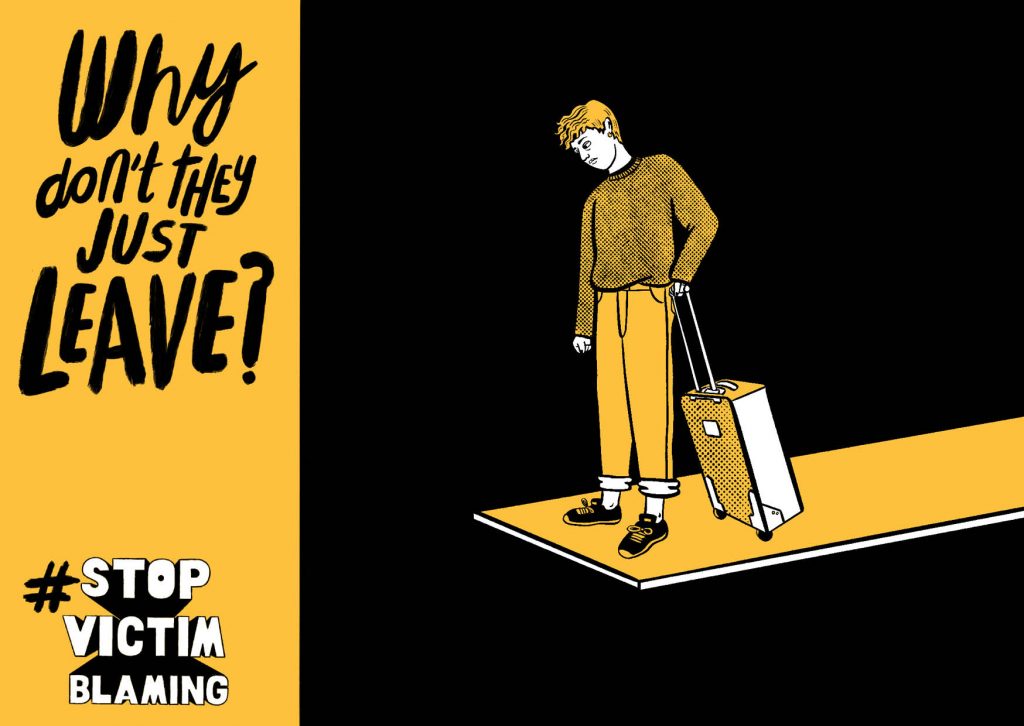 Victim Support NI commissioned 5 local artists to create visual postcard images depicting crimes which often provoke a victim blaming response.  Each postcard has an explanation of victim blaming on the back, and advice on how to change your mindset so you can start blaming the perpetrators of crime rather than the victims.

The postcards are accompanied by an original song, ‘5 Postcards on a Shelf’, composed by NI singer-songwriter Paddy Nash.  Each verse relates to the crimes depicted on the postcards, and we are hopeful that it will receive radio play across Northern Ireland and help to inspire a conversation about victim blaming.

From the 22nd February, you can view the postcards and hear the song at https://www.victimsupportni.com/stop-victim-blaming/