CAF (Centre d’Accueil des Familles – CAF) was set up to make it easier for victims of a terrorist attack of 11 December to come forward for treatment and support. The center will continue functioning as a victim support point, where survivors can focus wholly on furthering their rehabilitation through various support services. Developing the support system with victims at its heart has been a challenging process for local and national French Victim Support Services. 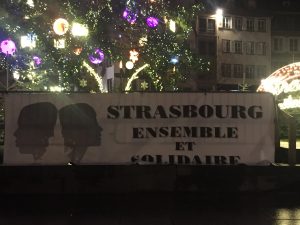 Strasbourg experienced a terrorist attack on 11 December 2018. It has, to date (26 December), caused 5 dead and 10 wounded, some of whom are still hospitalised.

On the morning of the 12th of December, under the leadership of the Prefecture, CIAV (Cellule Interministerielle d’Aide aux Victimes) and the administration of the City of Strasbourg, the local association of “France Victimes”, SOS Aide aux Habitants FV67 and VIADUQ FV67 mobilised their resources to assist the victims of Christmas market shooting at the Family Reception Center (Centre d’Accueil des Familles – CAF) in Strasbourg. Nearly 700 victims were helped so far in the aftermath of the attack.

A week after the shooting, we (Victim Support Europe) are accompanied by Olivia Mons (Directrice Communication & Développement, France Victimes) and Jérôme Bertin (Directeur General, France Victimes) on a visit to the Family Reception Center sheltered in the Art Academy of Strasbourg. We arrived at 12 pm when there was a midday staff meeting. There were twelve support workers – psychologists, counselors and advisers – discussing the cases that have come through over the weekend. We were witnesses of solidarity and commitment to the cause of the France Victimes’ Network. 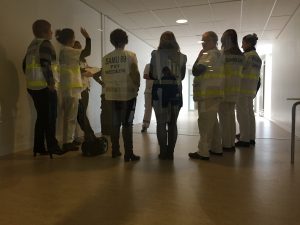 Everything about the hub has been designed to avoid further discomfort for the victim. The visitors are met at the entrance by a specially trained support worker. Then, they are led to a crisis worker who explains the victim what is about to happen, while the officer slips across the corridor to brief the other experts. French support service has a good reputation for its handling of victims’ of terroristic attacks, and these crisis workers have been given extensive training in how to deal with victims and their families in the aftermath of an attack.

Each victim’s consultation can last up to several hours, taken at the individual’s pace, and is scrupulous and precise to ensure that nothing is missed and the victim got what is needed. The work is inevitably gruelling, and even after many years operating in the sector, support workers are still occasionally shocked by the atrocities of what humans can do.

CAF is staffed with “full-cycle support service system”, so that victims are assisted as efficient as possible. The reception is conducted by Eurométropole agents and the Red Cross who manage the registration of the victims with the Census software. Then, there is a unit of the medical-psychological experts (CUMP) who came from all over France and work in collaboration with psychologists from “France Victimes”. Next is the information service on the victims’ rights and the assistance with administrative procedures performed by lawyers and social workers of “France Victimes”. The center is equipped with the judicial police unit that collects, stores and assesses victims’ reports and complaints. The final element of the support cycle is the Guarantee Fund situated also on site during the time of emergency in order to immediately release provisions for victims.

The aim of the “full-cycle victim support mechanism” like this is to solve 100% of the problems caused by a terroristic attack. l’Espace d’Information et d’Accompagnement (Information and Support Area – EIA) will continue its work on a permanent basis similar to the permanent support centers set up after the attacks in Paris and in Nice. 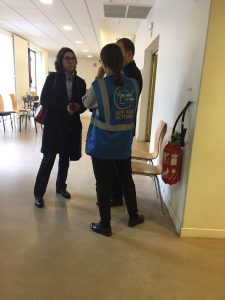 Moreover, under the authority of the DIAV (Déléguée interministérielle de l’aide aux victimes), it will be possible to continue taking care of the victims of the Strasbourg attack after the emergency phase is over. The support services will be managed by the Cellule Interministérielle d’Aide aux Victimes (CIAV), activated by the Prime Minister on 11 December and led by the Director of the Crisis and Support Center of the Ministry of Europe and Foreign Affairs.

The EIA will be reinforced by other partners (lawyers, the family allowance fund, the national office of veterans and victims of war, victims associations) to provide services to a wider range of victims.

To improve the communications with and services to foreign victims, “France Victimes” approached “Victim Support Europe”, an umbrella organisation which brings together 54 national victim support organisations, providing services to more than 2 million people affected by crime every year in 29 countries. This collaborative work will allow victims and relatives of victims to be helped in the country of their residence. 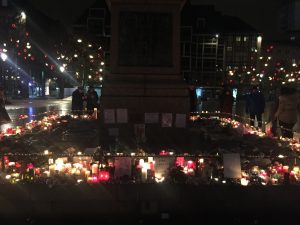