Brussels, 16 November 2015 – Today, 16 November, is an important day. Today, all Member States of the EU (except Denmark), are obliged to have implemented Directive 2012/29/EU establishing minimum standards on the rights, support and protection of victims of crime.
The EU Directive on Victims’ Rights
The Directive requires rights for all victims of crime (irrespective of their residence status) and whether they’ve reported the crime or not. It requires that all victims are recognised and treated with respect and dignity; are protected from further victimisation and intimidation from the offender and further distress when they take part in the criminal justice process; that they receive appropriate support throughout proceedings and beyond; have access to justice; and have appropriate access to compensation. The proper implementation of the Directive will benefit more than 75 million victims of crime every year in the EU.
Petition: EU Victims’ Rights Must Be Implemented
Recognising the universal importance of victims’ rights, Victim Support Europe, as the leading EU organisation advocating for all victims’ rights, has joined forces with 14 European organisations supporting different groups of crime victims. Together with Age Platform, Amber Alert Europe, EDF, ENAR, End FGM European Network, European forum for restorative justice, IGLYO, ILGA Europe, Inclusion Europe, INTERVICT, La Strada, PICUM, and Transgender Europe, VSE has sent a petition to all Member State governments today, calling on them to fully and effectively implement EU victims’ rights. Together, we represent hundreds of organisations and millions of people in Europe, demanding better rights and support for all victims of crime.
We emphasise that whether someone is a victim of violence, fraud, kidnapping, human trafficking, terrorism, gender based violence, female genital mutilation, sexual violence, elder abuse, child abuse, burglary, robbery, cybercrime, hate crime or any other crime, these rights must be put in place. Whether someone reports the crime or not. Everyone should be guaranteed these rights. Irrespective of the reasons for the victimisation and irrespective of their personal or social characteristics– whatever their race, colour, ethnic or social origin, genetic features, language, religion or belief, political or any other opinion, membership of a national minority, property, birth, disability, age, gender, gender expression, gender identity, sexual orientation, sex characteristics, residence status or health. Everyone should be guaranteed these rights.
Collectively through our petition, VSE and our partnering organisations, is calling on all EU governments to swiftly and effectively implement the EU Victims’ Directive. 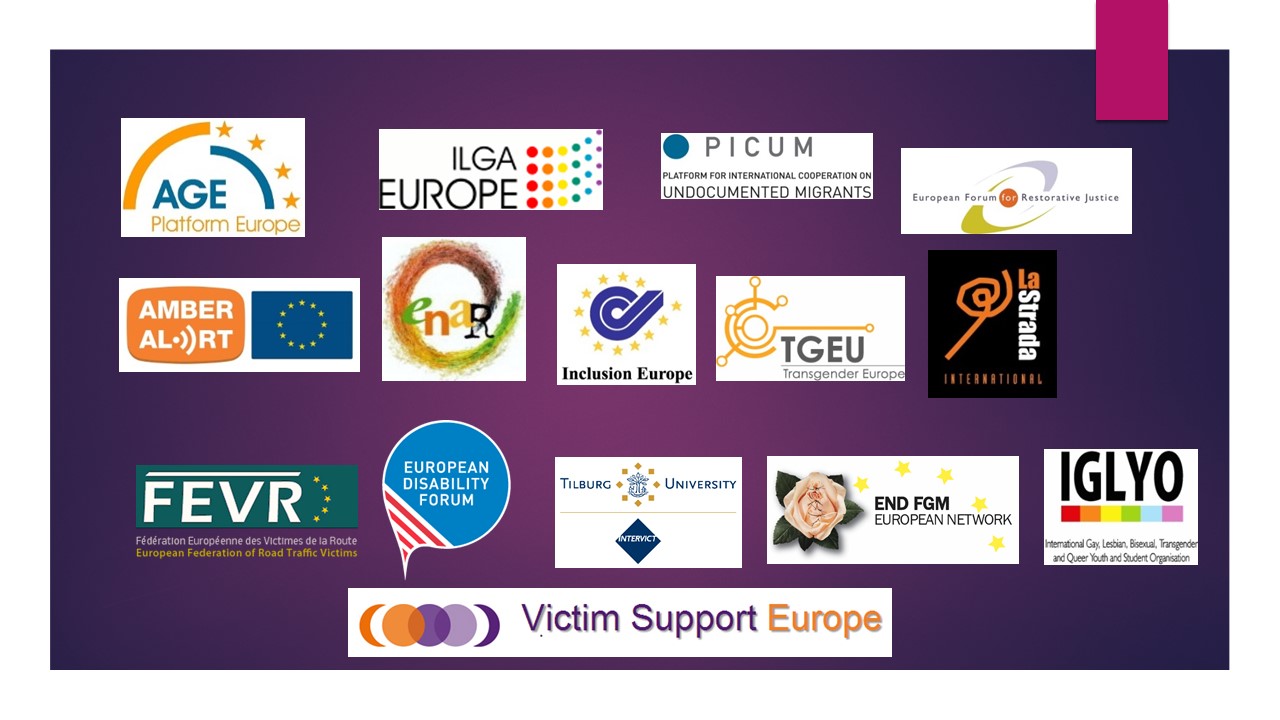 Solidarity with victims of terrorism