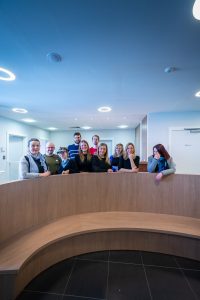 One of the Belgian police stations was ours for the day while filming for our first-ever immersive video to be used to train police officers on how to prevent secondary victimisation. The importance of the quality of police interaction with victims cannot be overstated. Good, sensitive police work can, of itself, set the victim on the road to recovery, and may have a greater contribution to make to future wellbeing than therapeutic or other services.The future of prevention and response training should be innovative and creative. VR as a training tool puts professionals working with victims into real-world life situations where they can build knowledge, skills, and abilities.

Through collaboration with Big Boy Systems we have been fortunate to get access to cutting edge technologies that are helping us to push the boundaries like never before. We used the “Third-I” camera, the only camera that provides the 3D image in the first person combined with the binaural sound recording. Simply placed on your forehead, it records what you do and broadcasts it recorded to any VR headset.

Immersive technologies such as 360-degree videos could revolutionise the future of victim support training, giving police and victim support community a tool to visualize different patterns of victimisation, and ultimately, become better support workers.The pilot video we made aims to train police officers on how to prevent secondary victimisation. Secondary victimisation occurs when the victim suffers further harm not as a direct result of the criminal act but due to the manner in which institutions and other individuals deal with the victim. Victims are, often for the very first time, involved in the criminal justice system and may have to speak to police officers, lawyers and judges and ultimately go to court. This process can be confusing and overwhelming and when these parties, who are there to protect, inform and help them, victimize the victims further by their behaviour and reactions, it can further traumatize the victims and let them lose faith in the system.Since immersive films allow the user to take other people’s perspective, the project has proved to be efficient and highly effective in creating empathy towards victims of crime. The combination of 360 degree’s immersive recording and binaural sound has an unparalleled ability to transport the viewer and give them a sense of presence and dimension in a new place.Our hope is that the immediacy of seeing a situation through the eyes of the victim will evoke an emotional response, and elicit reactions that can be shared, and reflected on by law enforcement and victim support professionals.

Our gratitude to Politiezone Deinze-Zulte-Lievegem for giving us a permission to use their premises. 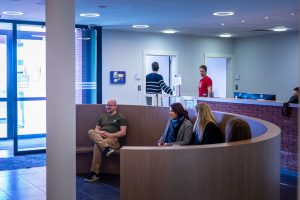 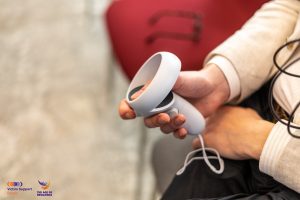 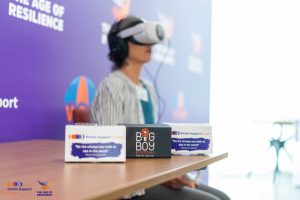