Victim Support Denmark: Over 900 people received help in the aftermath of Field’s shooting spree in Copenhagen 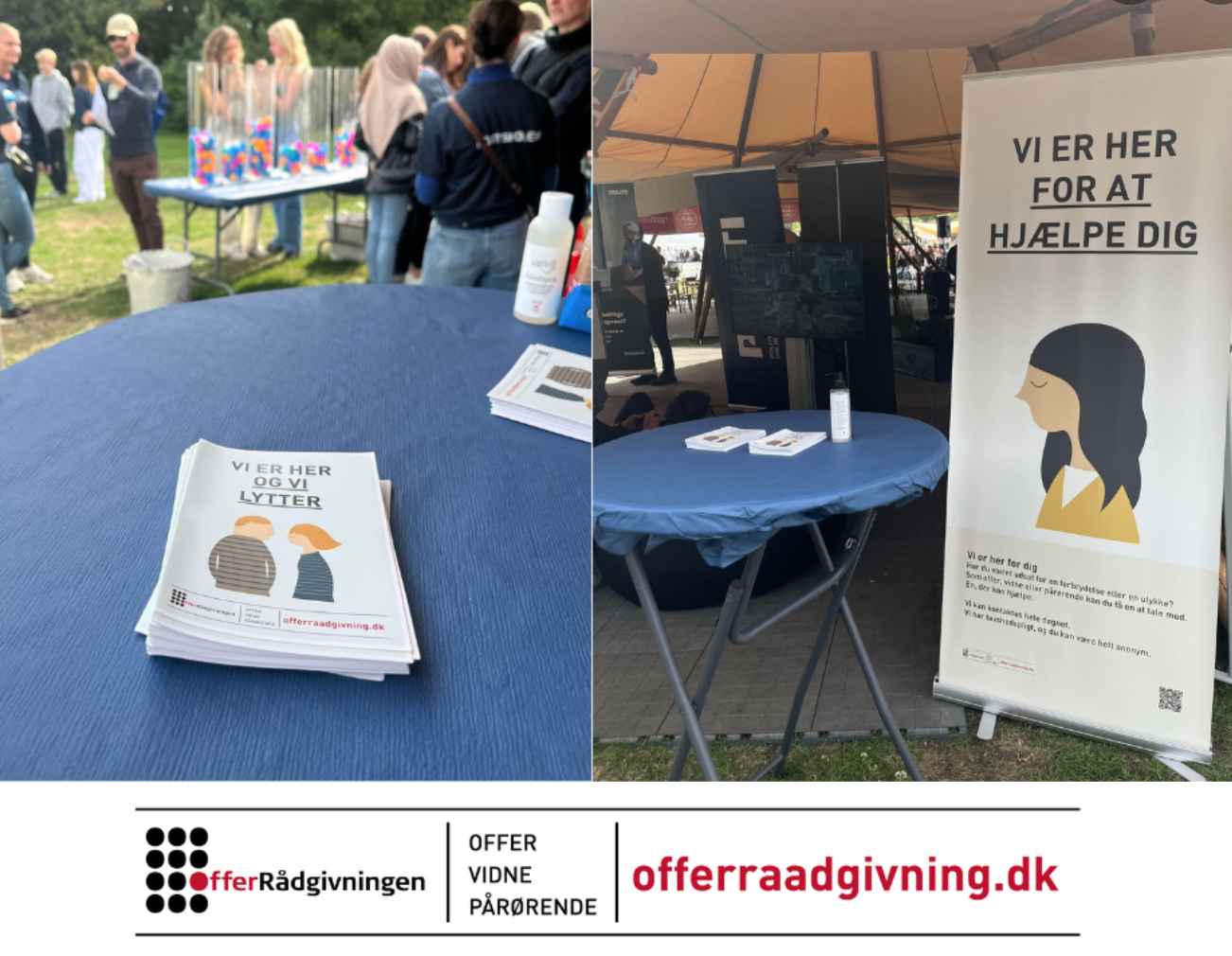 On the 3rd of July a mentally unstable man went on a shooting spree in the Field’s Shopping Center in Copenhagen when concertgoers were waiting to attend the Harry Styles-concert later that evening. Three were killed and seven were injured. People from all over the country were among the victims, witnesses, and relatives, who were affected by this incident. When such a tragedy occurs, our work becomes all the more important.

We were quick to react and soon the major news network directed attention to our services.

In a short span of time, we received a lot of calls. Victims who were not hit by the shooter as well as victims in close proximity to the incident called us in higher numbers, but we also received a number of calls from relatives fearing for the safety of their loved ones of whom many were young people looking to attend said concert later in the evening.

We have provided help to approximately 900 people in relation to this tragedy.

On the 5th of September we officially launched our single-entry calling solution, which in practice means that victims in Denmark only need to remember one phone number: 116 006. Prior to this solution victims had to call either a national or local phone number to be directed to a local branch. With this new solution, victims are directed to the correct local branch by pressing a series of buttons.

On the 1st of November Victim Support Denmark offers help to victims, witnesses, and relatives via online chatting through our website. This initiative is part of a project, spanning 3 years, that is designed to specifically target young people as well as particularly vulnerable victims for whom discretion might be a concern. A platform for this purpose has been developed and our current victim counsellors have received additional training to adapt to this new way of supporting and helping victims, witnesses, and relatives.

– During the development of our chat support, I reached out to our colleagues from Sweden and Finland, who were kind enough to share their experiences in running a chat service. In particular, the lived experiences and examples that were presented to us have greatly influenced how we train our victim counsellors in Denmark to adapt to this new form of support service, and as such I feel confidently that the shared knowledge will benefit victims, witnesses, and relatives using this new chat service in Denmark, says Lise Bartels, who is coordinating the project.

Halfway through August we launched our sextortion-campaign to focus attention on the growing number of crimes committed on the internet, and specifically the crime of sextortion, which involves extorting a victim of money or sexual acts by threatening to publicize or distribute imagery of the victim in a sexual activity.

Our focus was to both put to the forefront how unsuspecting people seeking exploring their sexuality in new ways are lured into being victims while also communicating the lonely and shameful experience of victims already caught within the sextortion-practice. We did this through a video (in Danish).

The campaign will run about 2 months and a month into the campaign it has been seen about 250.000 times.